Have you ever found yourself looking in the mirror at your reflection and asking yourself, “Well, what now?” Ever asked yourself, “What are you waiting for?” I was today pondering those very questions as I stood in a hospital elevator staring at my reflection in the elevator mirror trying to work out why I was so restless. The look on my face said it all because as I stood there staring at myself with a very restless and heavy heart I realised that things needed to change and, that it was time to change it. Let me explain further. 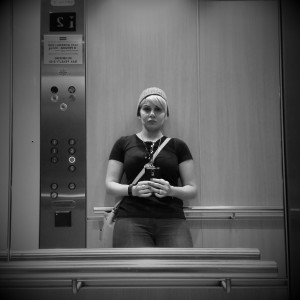 I have a heart for helping people, especially the hurting and the broken. My heart breaks when I see someone hurting and all I want to do is go and comfort them, hug them and try to make them feel better. I also find that I at times attract people who are hurting because people open up to me fairly easily about any number of things and on more than one occasion people have poured out their hearts and sought my counsel because they feel comfortable talking to me. It’s humbling and terrifying at the same time and was a motivator for me to become a qualified in counsellor; people trusted me with their truth and their heart and I wanted to make sure I was equipped enough to talk to talk to them and help. Although I am not a professional counsellor at the moment, I still counsel people in different environments and it is a way that I can serve people and help in some small way. And while that gives me a small sense of purpose, I find the feelings of frustration and restlessness are starting to surface; I’m looking through different glasses with a different mentality and to be honest, the more I look, the more my heart breaks and the frustration rises. And it all came to a head on the weekend.

Over the weekend I found myself in a position where I became a semi-carer for my elderly neighbour. We’ve been neighbours with this couple for the 31 years that we’ve lived in our house and over the last couple of years we have seen a decline in them. Recently, the husband was taken to hospital and is still in hospital as I write this. Not uncommon for an elderly person, however the challenge is his wife has short-term dementia and can’t function without him very well. They have two grown children, both of whom are too busy to come and assist, so they have left it to us and another neighbour to look after them. (Don’t get me started on this. It burns me.) And so we find ourselves, mamma and I, going over every day and making sure that she’s eaten and taken her meds to the best of our ability because she doesn’t realise she has dementia and gets angry when we try to help. She also gets very disoriented and confused, forgetting who some people are and where she is. On Saturday I found her looking at the bus timetable trying to work out which bus to catch to the hospital and I knew we needed to step in more and take a little more control. As a result, I’ve been taking her up to the hospital daily and driving her around and getting her groceries because I’m worried she will try to do this alone and I don’t even want to think of the possibilities that creates.

N – Do you have a boyfriend?

Me – No, I do like boys and I do like dating, I just haven’t met a nice man yet

N – Do you have a boyfriend?

Me – Yes, I like dating, I just haven’t met a nice guy yet

And this conversation has been repeated over and over and as much as it frustrates me that I am being reminded over and over that I am still single at 35 years old (I get asked my age constantly and she is constantly shocked at how old I am and starts to scold me for still being single because, you know, I should be able to walk outside and find a husband), I can’t get angry because I know it’s not intentional. This is not someone trying to annoy me, she genuinely forgets what happens every five minutes. And when I do start to get frustrated, I remind myself of how she sits outside and cries for her husband to come home because they have been married for 55 years and she misses him. Yea, that’s enough to have you feeling some feelings, isn’t it?

Though interestingly, it was in the midst of all this drama and running around that I had an epiphany. On Sunday morning I sat in a hospital ward full of elderly men, all in different stages of illness, some serious enough to require a nurse sitting at the foot of their bed, others less serious. And as I sat in this ward surrounded by sick men, watching the nurse pick her nose for about 5 minutes while staring at her patient (true story), I realised the root of my frustration: myself. I’m getting frustrated and angry at the state of things around me, but I’m not doing much about it. I’m just standing back, waiting, naively, for someone else to say, “Hey, this sucks so let’s try and fix it.” And it dawned on me that instead of waiting on someone else to light the fire so that I can fan the flame, I should just go out and get my own match and start my own fire and make room for others to fan the flame. I need to just stop complaining and bemoaning the lack of action and do something! (Hence why I have stepped in when my neighbours kids have skipped out.) I’ve always been a person that hates excuses and cop outs, yet here I was, using others as an excuse. I’m ready to high-five myself to the face.

You know, I think we can all admit that the world we live in at the moment is a little messed up and has been for a while now and without being all doom-and-gloom-party-pooper-Patty, it only seems to be getting worse. We’ve read the headlines, seen the footage and seen the outrage on Facebook about different things and if we’re all honest, we’ve at times kept scrolling until the next post, or changed the channel. I know I have. The headlines are too depressing so I keep scrolling until I find something more light-hearted. And here is where my frustration has started to kick in because it’s becoming easier to just ignore it and easier to just let other people deal with it. I stand here all outraged, but what exactly am I doing about it? Well, not much other than throwing some money at different organisations that are actually doing something. And that’s been okay until now. Now, I’m no longer satisfied in sitting on the sidelines and watching others do the work. Now, I want in. I want to get my hands dirty and make the most of this life that God has blessed me with. Let me stop for a moment and say that while I have a heart for the hurting, I am also a realist and know that the problems in the world are big and complicated and not something that I alone can fix. I honestly think that some problems won’t be fixed in my lifetime, if at all. But not all problems fall under that banner and while little old me can’t fix the world, I can certainly try to make it a better place. I can certainly use the gifts and abilities that God has given me to try to impact someone else in a positive way.

The problem is, I don’t know what this is going to look like. There are some obvious avenues that I can take, and some obvious connections that I can use, but to be honest, I don’t want to because they don’t lead me to the things I’m most passionate about; they don’t connect with the dreams I’ve had and the visions God has shown me. And therefore my epiphany leads me back to my initial question of “what now?” Where do I start and how do I start? This scares me and excites me in equal measure, which is a good start. Well, at least I think it is. I’ve made one small start in the way of moving on a charitable enterprise one of my best friends and I were talking about. We’ve got the ball rolling and have vocalised it, so it’s out there and we have people who are aware of it. I know some of my closest friends will hold me accountable to it, which is great for when I start getting lazy. But I still need to find a starting point for myself in trying to do something to change that which I’m hurting for. And again, I find myself standing in front of the mirror asking myself, “what now?” Except this time I’m going to keep asking until I come up with an answer.