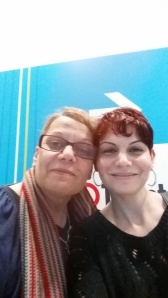 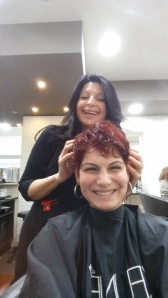 So mum starts chemotherapy next Thursday at 9:30am….sheesh but things are moving quickly! It’s a good thing I suppose because it doesn’t give mum too much time to think about it and let her imagination get the better of her. When we spoke to them yesterday they explained that the need for chemo was because her cancer was a grade 3, which is the highest level apparently and also the most aggressive. They said it reproduces at a rate of 75% but thankfully in mums case it hadn’t moved anywhere. They discussed the potential side affects of chemo, which was difficult for me because my mind started racing and imagining all the side affects – my mind is way too visual in times like these and it takes a lot of effort to bring it back on track. Mum took most of it fairly well until they told her she would lose all of her hair. You could just see the devastation in her eyes. They took her in after that for a blood test, told us they would call us and sent us home. It was a silent drive home.

When we got home, mum pottered about the house a little and then just said “I’m going to cut off all my hair tomorrow. It’s going to fall out anyway so I better get used to it”. Broke my heart but at the same time made me feel very proud because she was owning it and taking control over it. I could see how difficult it was for her but she took it in her stride. So this morning we booked ourselves in and had our hair cut. And when I say ‘we’, I mean mum and I, because I also had all my hair chopped off. I decided early on that while I couldn’t experience chemo with her, I could experience hair loss. I also know that hair is a huge part of a woman’s identity. I know a lot go guys find identity in their hair as well, but females connect to their hair more: we spend hours on maintenance, as well as lots of money, so I wanted to minimise the importance of it. I know cutting your hair is different to losing it through chemo, but it was the only thing I could do WITH her. And until her hair grows back, mine will remain as short as possible. Ultimately, I don’t think it’s about hair but about having something totally yours taken away from you due to something you can’t control. While people don’t choose to have cancer, they are to a degree forced to choose chemo because it’s part of their survival: the only way to remove or reduce aggressive cancer is through chemotherapy. The side affects are part and parcel of it.

These next few months will be tough on all of us but especially mum, so whatever I can do to share her burden I will. That will include protecting her from people that have no common sense or tact and think it’s helpful to tell HER, the person about to start chemo, how bad chemo is for her and how much she will suffer. Really people? REALLY??? Is it necessary to tell her that she is going to suffer greatly because it’s horrible stuff? Like, wow! Wonderful observation there, if you hadn’t told us we wouldn’t have known that her body is going to suffer because of the poison being poured into her. Great deduction Sherlock! Clearly, this makes me a little mad. Well, a lot mad actually but I’m holding myself back from kicking people really hard on the shins! I’ve had people say that to me and I’m okay with it because I know already and I’m not going through it, but I really don’t think it’s helpful to tell someone who is about to start chemotherapy that their life is practically over because they will be bed ridden with pain! Try something helpful like “everyone reacts different so don’t stress over it, you will get through it”, or, “you will be fine but we’re here to help you with what you need”. Or better yet, give her a hug and talk about the weather or about her scarf or about her shoes. It doesn’t always have to be about the cancer: they are NOT cancer, they just have a disease called cancer.